I’m pleased to say the film Either Side of a Second I made last summer in Scotland with my good friend, and photog extraodinaire, Peter Dibdin was selected for the 2014 Chicago International Social Change Film Festival, screening at ShowPlace Icon Theatre on September 27th at 3pm.

If you can pop along, come say hello. 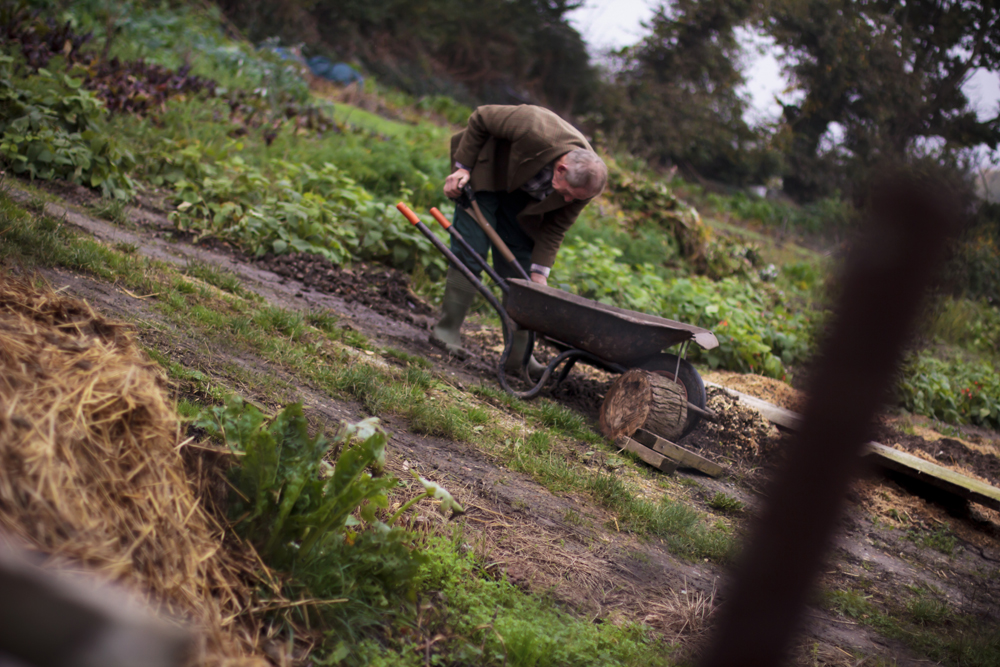 Another useless receipt for a cup of coffee, manicured middle-aged men in three-piece suits, and green wallet-sized pictures of former presidents — these all, unfortunately, come to mind when I think “economy.”  But the economy isn’t any one image.  In fact, it isn’t necessarily an image at all.  It’s a belief.

The economy is a belief in a system — a system that ultimately depends on our societal consent for it to exist at all.  I have to believe that if I have enough of these wrinkled pictures of presidents — or queens, or national birds — that they are worth a cup of coffee or a two bedroom flat.  Or, on a slightly larger scale, a country’s national identity and reputation.

So we “believe” it into existence, but who keeps the economy alive?

This gentleman working in a field struck me.  He looks well beyond the age that he should be performing such demanding physical labor.  Yet in 2012, and less than two hours from London — a capital of world economy — here he is, bent achingly over his shovel — a sobering image of a life source for the British economy.    GJM IV